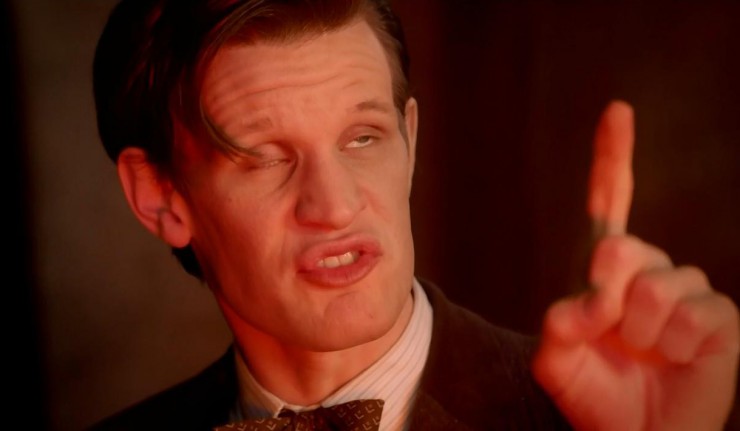 I’m a fairly hateful person. Y’know, I wouldn’t call myself a racist or anything, or a misogynist – generally I think women are a good thing. I’m against gay weddings, but only because I’m against all weddings due to the happiness of others causing me physical discomfort. I think it’s great that transgenderism is becoming more and more accepted, to the point that someone born a man can freely become a member of a gender that is judged solely by their conformity to popular standards of appearance.

But Shitty Sci-Fi? You can bet that’s going to get me pissed. And I don’t mean sci-fi that’s just shitty. ‘Under the Dome’ never got people flooding my fucking Facebook feed with goobly frothing about how “dramatic” last night’s episode was. No, Shitty Sci-Fi is something pretending to be science fiction when it’s actually just crap.

And before you bring up Star Wars, no, Star Wars isn’t sci-fi, it’s fucking Space Opera and you know it. What’s more, it’s glorious space opera. Go fuck yourself.

Anyway, ‘Doctor Who’ is that “science fiction” show about a mysterious figure with a time-travel device that allows him to travel with one of his improbably-attractive “companions” to any place and any time in the Universe, so long as it’s modern-day Cardiff, modern-day London (scenes shot in Cardiff) or a small sound stage with lots of greenscreen.

Oh, and he’s immortal, too: he’s a member of an enigmatic alien race which means that when he dies he “regenerates” into a completely different form, so long as that form is a white, male human being with a British accent. Because we all know women can’t be doctors, right? That would be too unbelievable. The show isn’t called ‘Nurse Who’. Or ‘Midwife Who’. Or ‘Secretary Who’.

Women have three roles in this show, and that is to either be a love interest to the Doctor, to stand next to the Doctor looking attractive and being “spunky” and not understanding anything that’s going on, or to be victims. At least, that’s the impression I have based on what I’ve seen, which includes the entire first season, one-and-a-half Christmas specials and the two episodes upon which everyone seems to agree are “the best”.

Maybe I’m being unfair. Maybe I need to watch more of the show. But that’s not going to happen and here’s fucking why: as far as I can tell, each episode has been written by a twelve-year-old. A twelve-year-old who once saw an episode of ‘The X-Files’ and who has read the first six pages of a book called ‘The Guide To Holding Your Audience In Contempt.’

When my very, very rational hatred of ‘Doctor Who’ would come up in conversation, my friends would tell me:

“But you need to see the good episodes, you’re basing your opinions on all the bad ones!”

“What about ‘The Girl In The Fireplace’?”

“But I loved ‘Doctor Who’ ever since I started watching it after I got a massive settlement for that horrifically-botched brain surgery! Can you smell green? My teacup hurts!”

Well, that last one was probably fictional, but whatever. The point is, those were the arguments that were always raised, and so to answer them, I have now fucking watched ‘Blink’ and ‘The Girl In The Fireplace’. And they’re both shit. There. That’s my review. The best of ‘Doctor Who’ is shit. The End. Go away.

I should probably explain why they’re shit, I guess, so here goes.

‘The Girl In The Fireplace’ doesn’t warrant an actual review. It was fine I guess until that point where the Doctor falls in love with the attractive lady and then forgets about how the magic-time portal thingy worked (which was a major plot point throughout) and subsequently forgets that HE HAS A FUCKING TIME MACHINE THAT CAN GO ANYWHERE WHAT THE SHIT I MEAN WHAT’S THE POINT OF HAVING IT IF YOU CAN’T USE IT JUST BECAUSE THAT WOULD DEMOLISH THE DESPERATE ATTEMPT AT DRAMA THAT THE SHOW IS TRYING TO CREATE and then the attractive lady dies.

I mean, you’ can’t have a fucking TIME MACHINE (WHICH ALSO TRAVELS ANYWHERE IN SPACE) and have stories about tragic loss if, and this is key, YOU HAVE A FUCKING TIME MACHINE. Jesus. Just, what’s even the point? It works in other episodes. It’s not like the TARDIS stops him from creating paradoxes (such as in ‘Blink’) or whatever. The “we can’t go back, we’re part of events now” is just a line that they fucking threw in there so they can manufacture some pointless fucking heartache.

There is literally no justification for it beyond “Well, we kind of wrote ourselves into a corner here, and I can’t figure a way out because I’ve been drinking since breakfast.” And then the other bloke (and I checked, pretty much everyone who writes for this show is a man – sort by number of episodes and it gets even worse) says “Hey, don’t forget about all of that crystal meth on which we spent most of our special effects budget!” and then they both leave to go to a brothel and hand the half-finished script to one of the cleaning staff who is still learning English.

Fuck this show. Fuck it right in the teeth.

Okay, so, ‘Blink’ is apparently really, really scaaaary and “dramatic” and “good” and I’d buy into all of that if they fucking got it right. How tricky can it really be to follow the rules you wrote for your own fucking episode? And this isn’t like in Star Trek, where one writer says you can’t beam through shields one episode, and the next episode is done by a different writer who didn’t get the memo: ‘Blink’ is one fucking episode done BY THE SAME FUCKING WRITER.

Okay, let’s get this down: the Angels can only move when they’re not being observed. But they can move when no “living thing” is watching them. Right, got it. Except for all of those bits in the episode where nobody is watching them but they still aren’t fucking moving. Or, when they are moving even when being watched. Oh, they’re also really fast, like, incredibly fast, unless the director’s trying to ramp up the tension in which case they’re really fucking slow.

I ‘m struggling to cope with how absurdly simple it would be to make the episode conform to the rules that it itself created for these monsters, only to willfully ignore them for literally no reason. It is very, very difficult to take seriously a threatening monster when it fails to act in anything like a sensible way.

Let’s deconstruct one scene in particular. A charismatic detective turns around to see four Angels that have appeared behind him, all trying to break into the TARDIS. The scene concludes with him blinking right at the end, at which point the Angels whisk him off to nineteen-sixty-nobody-cares. So, we know the Angels want to get rid of him, we know they can only move when nobody is looking at them, and given that they only attack when he blinks, we can assume that he’s the only observer in the room. Let’s take a look, shall we?

Here, we see him staring very much at one of the Angels, and not at any of the others: 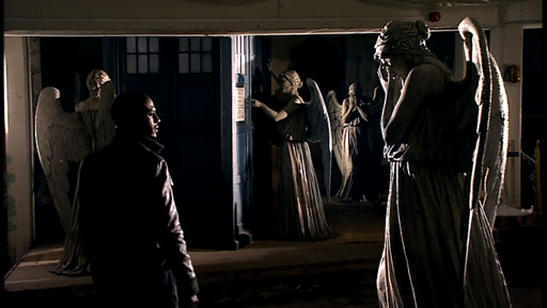 Then he walks past that one, with his back to it: 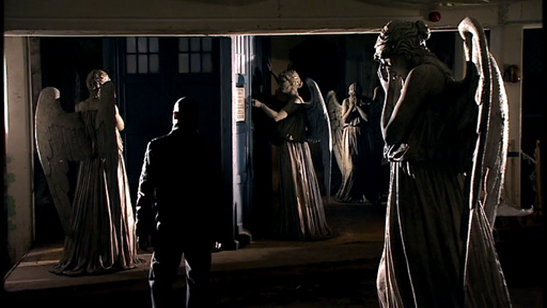 Hmm, maybe it was tired. Then he examines the one on the left more closely: 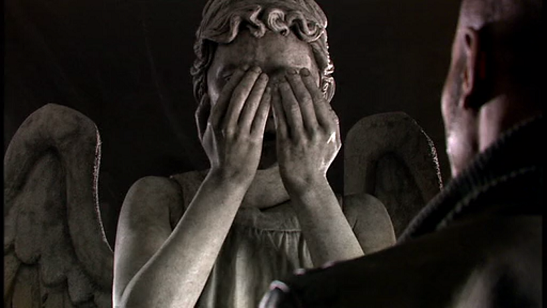 At this point, even the camera can’t see the other Angels, so it’s nothing clever like that. So, how do these Angels work again? Then he turns his back on that Angel: 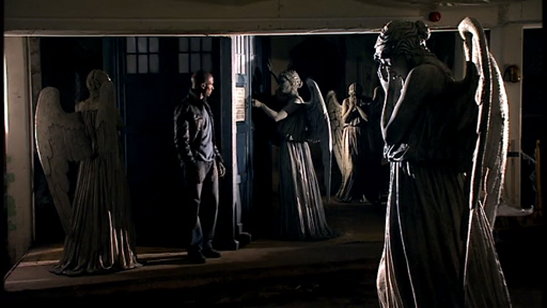 I mean, the creators of the show read their own script, right? Or were they too busy snorting crushed meth off of a prostitute’s thighs to review their own work? Why even bother making an episode like this IF YOU CAN’T EVEN GET THE BASICS OF YOUR OWN FUCKING STORY RIGHT?

Oh, and as for its construction as a story, let’s not forget that whilst yes, it actually has a female protagonist, she doesn’t fucking DO anything. Except for taking a mysterious key, and then figuring out that the key must match the lock which the Detective specifically pointed out has no key (at this point, Scooby Doo could fill in as the protagonist), all she does is wander around being confused, as well as being the best fucking actor the show has ever fucking featured.

These are the things that piss me off about this ruin of a franchise. One of the excuses that is made for ‘Doctor Who’ is that “of course it won’t be as good as an American show, it’s got a much lower budget, silly you!” Yeah, which is fine, except that you can still write a story that makes sense on a budget of pretty much nothing. You don’t even need paper if your memory is good enough.

Low-quality special effects and cheap guest-stars are features that are also shared by another show, called ‘Babylon 5’. And that show managed some actual quality output -when you talk about the best episodes of ‘Babylon 5’, you still get the awful visuals and the glorious hammy over-acting, but you get stories that can withstand even cursory analysis.

‘Doctor Who’ fails because it doesn’t even try. Between various Deus Ex Machinations, forced attempts at drama and tension and overall shoddy, neglectful attitudes towards story-crafting, I still can’t get behind this over-hyped nonsense. You find more cohesive plot lines in ‘Garth Merenghi’s Dark Place’, and there’s just no excuse for that.

I have actually seen another episode from a later ‘Doctor Who’ season, ‘Midnight’, and y’know what? I actually half-enjoyed that one. I enjoyed it because it was actual fucking Sci-Fi: it used its setting to explore a strange concept, didn’t try doing anything clever, and didn’t rely on stupidity to explain away wild inconsistencies. It still wasn’t particularly great, but if ‘Doctor Who’ stuck to smaller, tighter story arcs like that instead of trying to lever-in ridiculously over-the-top concepts that it can’t be bothered to get right, I might have been willing to give the show a chance. 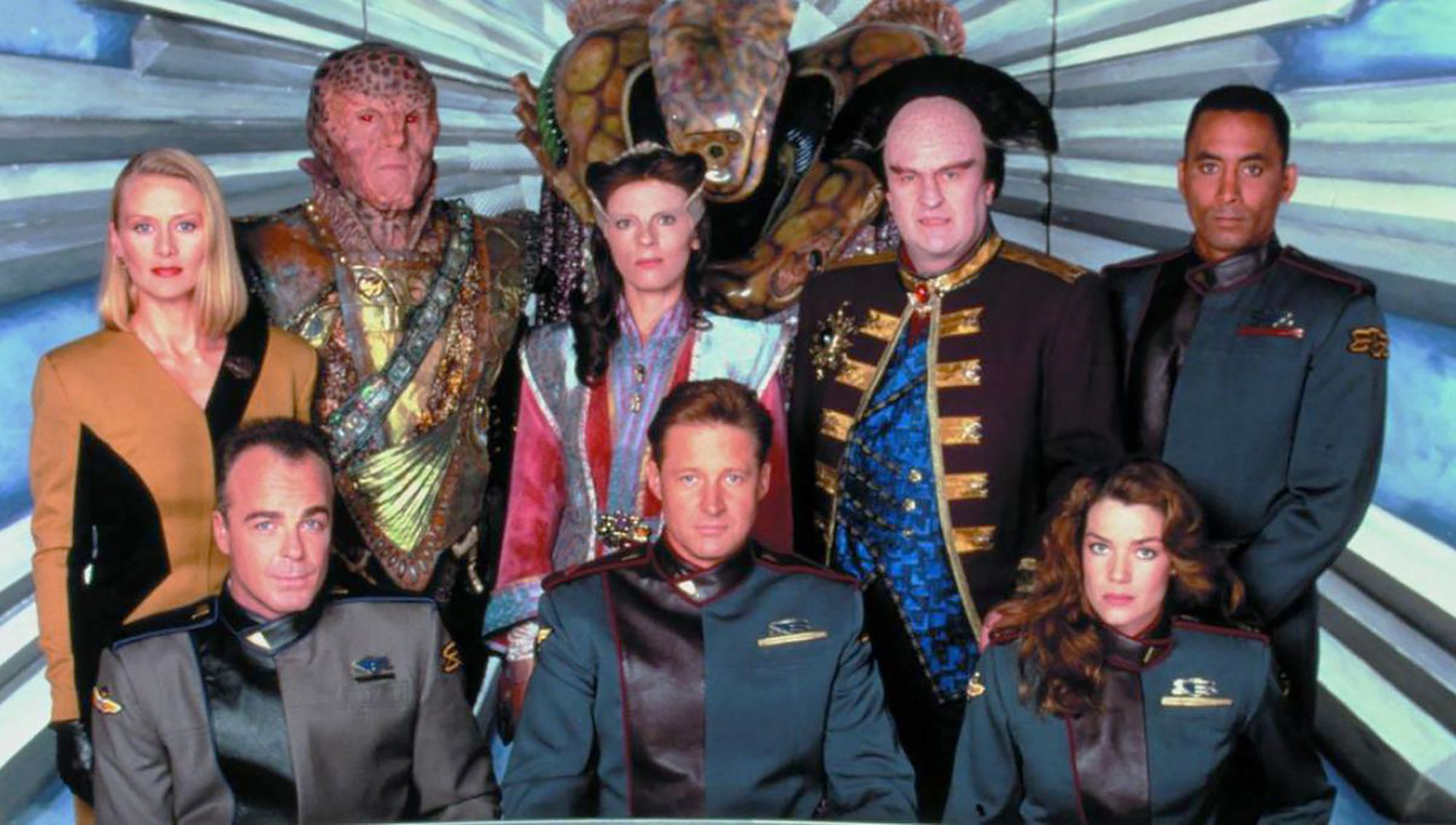 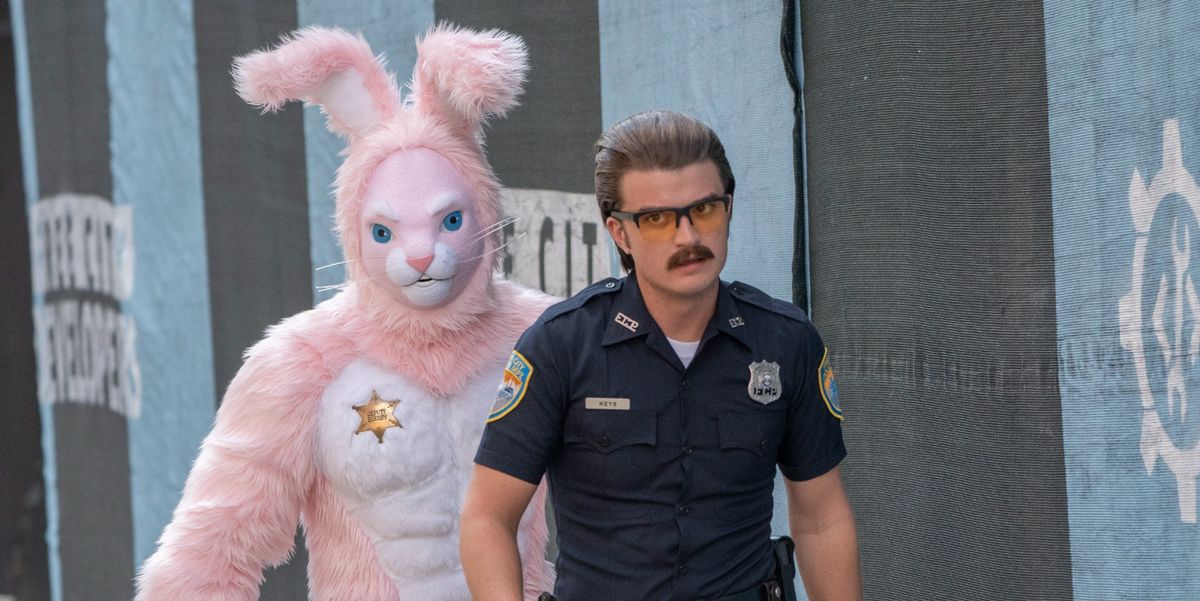 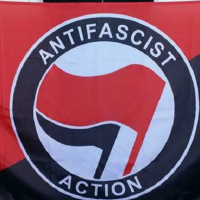 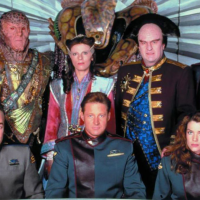