Yesterday was International Women’s Day. I know some women – I’m even friends with a few – and I wanted to join in the celebration. Sadly, I was left at a loss of what to contribute. What could a white middle-class male between the ages of 25 and 40 add to a discussion about women’s role in the world?

Well, given that I spend my working time as a business analyst, and my spare time ranting about movies, I decided to combine those two dominant facets of my personality into a numerical analysis of women in film. It’s neither exhaustive, nor is it particularly robust, but hopefully it will offer some insight. Or not. I don’t care. You don’t like it, do your own fucking spreadsheet.

ANYWAY, I carefully and deliberately constructed a very rudimentary spreadsheet covering a few key variables of women’s roles and actions in films, and populated it with the films with which I, personally, was most familiar. I have filled in scores for these films based on my own memory – this means some of the numbers in there *may* be out by a small amount, where I have missed something small or where my memory has failed me, but I’m about 95% sure on most of them. If I had the time, I’d re-watch these films again, but I don’t. Blow me.

The sample size is relatively small, hence I’ve chosen not to go into too much analytical detail for this one at present. Instead, I will present a link to the file download below, followed by some exploration of the variables themselves. The file itself was created in Microsoft Excel, and that is probably the best tool for viewing and adjusting it.

Here we have it:

That’s right, it’s called “The Femindex”, get over it.

What I’d really like to see with this is other people adding their own favourite (and least favourite) films to this document, and seeing how much we can grow it by. Then we can really do some in-depth analysis. However, for now, hopefully it will prove to be at least a little interesting, and offer some food for thought in the wake of International Women’s Day. 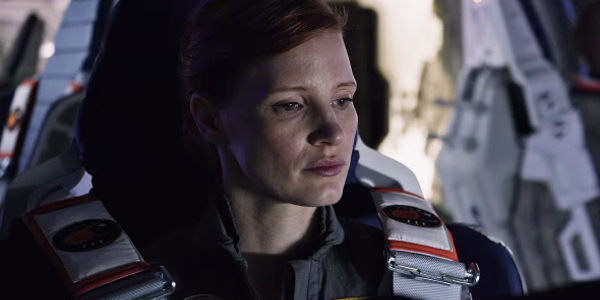 Each film gets a score, based on the criteria it meets and how frequently it meets them – more or less. However, a low score does not represent a particularly misogynistic point of view, and neither does a high score represent a great feminist achievement. ‘The Hunt For Red October’, for instance, scores just as well as ‘Immortals’, largely because there are only two female speaking roles in the Cold War naval thriller – just as you might expect of a film set almost exclusively in military environments during the 1980’s. ‘Red October’ isn’t particularly hateful of women – they just don’t feature because of the authentic setting.

In general, though, those films which do score highly do so for good reasons – they generally feature a number of female speaking roles, and those roles manage to interact with one another and meaningfully affect the plot in a number of ways. Those films with low scores are generally male-focused and don’t have much to offer in the way of inspiration for modern-day women.

To account for varying tastes in what’s good and what’s bad, I’ve added a weighting system. Very simply, along the top of the sheet is a multiplier for each criterion which changes its significance. If you’re so inclined, I absolutely encourage you to mess around with this, see how it affects certain films. If nudity doesn’t bother you, set it to “0”. If you think female authority figures need more credit, you can double or even triple their significance.

The most obvious metrics are the easiest to determine. Namely:

These are the very basics of inclusion – if you want to see women doing interesting things in a film, there have to actually be some first. The stipulation that they must utter more than a single line is an attempt to avoid extras, women who are there merely to scream, be in peril, and so on.

In terms of top billings, I have based this on either the end credits, the film’s poster, or worst case, IMDB’s order of cast listing. Hence, ‘The 13th Warrior’ gets a point, because Diane Venora was apparently the second-billed cast member. I can’t argue with the facts.

Note, I have given ‘Jurassic Park’ a point for female antagonists because the dinosaurs are all girls.

The Bechdel Test is already a popular measure of female inclusion in movies – and is famously a very, very low bar by which to set the standard for “inclusion”. The Bechdel Test has three very simple criteria, criteria which I have adjusted to suit my own interpretation. The three criteria in my own analysis are:

I have chosen these criteria for a number of reasons. Firstly, by having three different scoring criteria, a Bechdel-friendly conversation scores very highly. Secondly, I am comfortable giving a point away even if a male character is discussed, because I want to see more scenes where women discuss how to defeat the villain or save their friend – and in this regard, I don’t care what the gender of the villain or the friend is.

The third criteria is a modification of the standard Bechdel rule of discussing “something besides a man,” mostly to give a bit of credit to ‘Iron Man 3’. In the film, Rebecca Hall talks to Gwyneth Paltrow, comparing her own situation to that of J. Robert Oppenheimer. The fact is, it would be very difficult for women to discuss history and science and exploration without referring to men at all as, sadly, most of our our history revolves around the actions of men. Since I think more women in movies should be having conversations just like this one, I personally find it acceptable for a deep discussion between women to feature the actions and words of historical figures who happen to be men.

‘Gravity’ is an unusual film, in which a female protagonist actually makes very little impact on her surroundings. In her role as a victim, we are essentially watching things happen to her, as opposed to her deciding to do much herself.

As such, my measure of “Change in Plot due to Female Action” is a score out of 5, and is arguably the most subjective of the metrics in this little exercise. I have tried to stick to a basic rule: the score is equal to the number of decisions that a female character makes, that subsequently change the direction of the story – and that number is then divided by two.

In a film like ‘Alien’ or ‘Into the Woods’, where almost the entire plot is pushed forwards by women at one point or another, I have assigned a flat ‘5’ as the score – since actually measuring this would be an exercise in tedium.

It should be noted that actions taken by women under duress – i.e., where they had no say in the matter, or actions taken because of women, don’t count. Just because the plot of ‘Star Wars’ revolves around rescuing Princess Leia, doesn’t mean she gets any credit for getting herself captured. She does get credit, however, for hiding the plans in R2-D2, for lying about the location of the Rebel Base, and for blowing a hole in a garbage chute and facilitating an escape from an unwinnable situation.

Similarly, the plot-relevant actions actually have to have an impact. ‘Uhura’ speaks Klingon in ‘Star Trek: Into Darkness’ so she could avoid the away team’s slaughter by the Klingons – but all she manages to do is get herself choked, and the entire scene has literally zero impact on the film’s story. The same goes for Carol Marcus – if you were to remove her from the film entirely, nothing would have changed in terms of the narrative, so ‘Into Darkness’ gets nada.

Women might feature in a film, but that doesn’t mean they’re well-represented. As such, I have awarded points for women carrying out any of the following:

A tough one, this, especially if you want to stay objective. As such, I broke it down as simply as I could:

Flaws unrelated to sex and fertility – Too many female roles are “rounded” with character flaws and insecurities that are defined by some issue to do with their fertility (looking at you, ‘Prometheus’) or their sexuality (Inara and Kayleigh in ‘Firefly’ and ‘Serenity’). Points are scored for this criterion for each woman who has some kind of personal issue that isn’t vagina-related, and as such I’m also excluding motherhood and romance from this one.

Character “flaws” for men in movies include things like alcoholism, parental abandonment, arrogance, inferiority, a desperate need for validation by their peers. Women need similarly varied problems – hence Ripley scores a point in ‘Alien’ for basically being pretty fucking ruthless when it comes to ship-board security. ‘Prometheus’ also manages to score a point for Vickers, who has some major insecurities from her relationship with her father and is generally a bit of a douchebag – if a very sensible one.

The other criteria for characterisation is for women who initiate or push for sexual or romantic contact. I’ve begrudgingly given ‘Deadpool’ a point, as it seems that it’s Morena Baccarrin’s character who wants to kick things off with Ryan Reynolds. And, because it’s the Prophetess in ‘Immortals’ who seduces Theseus, I am forced to give another begrudging point away.

Sexual confidence and assertiveness is really important – too many girls and young women are taught to wait for the boys to get things started, and having female characters who are capable of being proactive in relationships is definitely a good thing.

I mostly want to celebrate the positives and highlight where films have gotten things right, but I must also point out a few of the worse examples of women in films. The following criteria grant Negative points each time a film meets them: 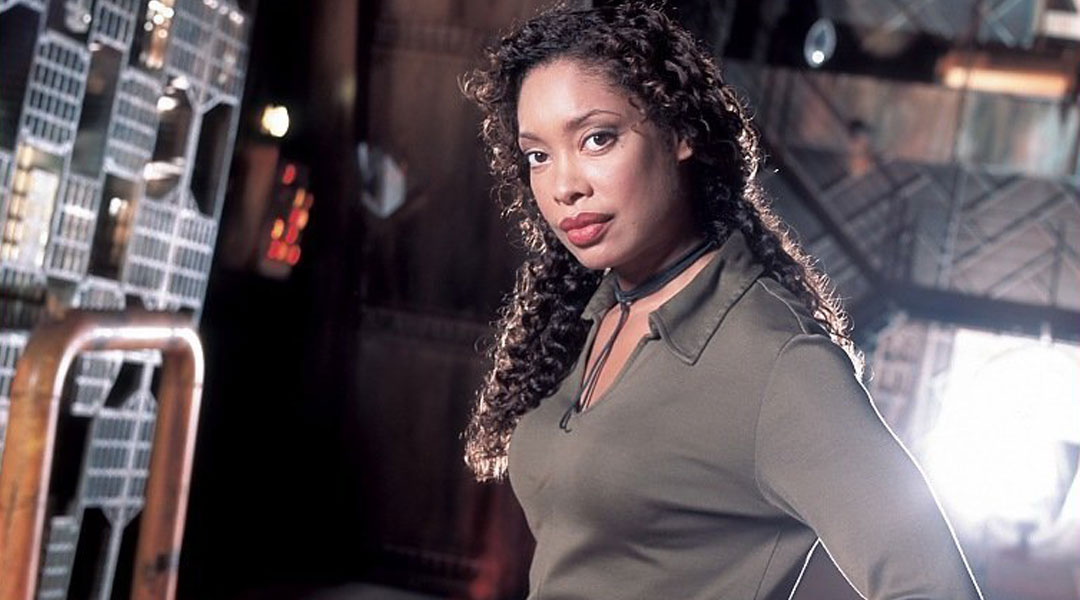 So, there you have it – a fairly comprehensive breakdown of the criteria by which I have judged each film.

Later in the week, I will be following this post with an analysis of the stats I’ve collected. But for now, I’d like to simply present the format, and hope that you have some fun messing around with it. Maybe you’ll find a film that scores surprisingly highly? Maybe a film you thought was very representative scores very poorly. Either way – let me know! I’d love to add to this index and get an actual, useful tool out of it.