The results are in! The Sorting Hat has spoken! Starfleet’s best have been Sorted!

In the world of J. K. Rowling’s Harry Potter, students at Hogwarts School Of Witchcraft And Wizardry get sorted into one of four houses – brave Gryffindor, cunning Ravenclaw, caring Hufflepuff or ambitious Slytherin.

If you’re a Harry Potter super-fan, you probably already know which house you’d be in – but what about some of your favourite fictional characters?

For all of you Star Trek-lovers out there, we decided to try and figure out just which Hogwarts House some of the most iconic Trek characters would be sorted into. Will they Gryffindor-ly go where no Wizard has gone before?

Tilly has been a big hit with Star Trek fans since her introduction in ‘Star Trek: Discovery’, and has established herself as a firm fan favourite! But how would she get on in Hogwarts?

Well, we think Tilly is a classic Hufflepuff! She’s warm, kind, and she loves to look out for her friends. She’s always optimistic and thoughtful, and she always works hard and treats everyone she meets fairly.

Bones has been a grumbling, grouchy, lovable icon of Star Trek since the very beginning, and almost everyone is familiar with his forthright demeanour and his oft-recalled catchphrase “I’m a doctor, not a…”

McCoy’s medical credentials make him a firm fit for Ravenclaw. But his devotion to healing, his unswerving loyalty to Kirk, Spock and the crew of the Enterprise, and his fondness for just sitting down with a good bottle of something strong and shooting the breeze with and old friend make him the perfect candidate for one house in particular. 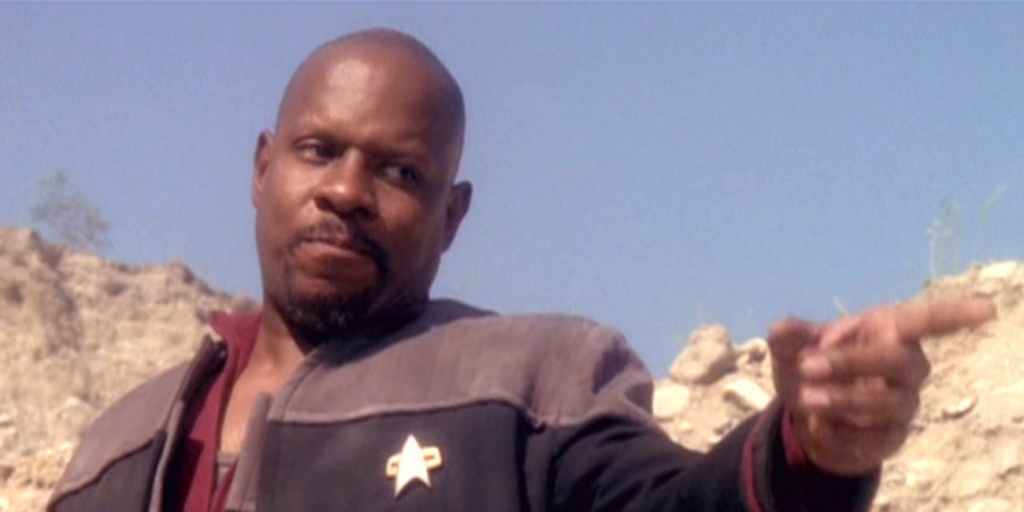 Ben Sisko is the third captain (or should we say commander?) to get his own series, and he’s one of the more popular captains owing to his complexity and the strong values he represents.

On the one hand, Sisko’s incredibly brave, like a Gryffindor, but he also has an intellectual side, and a degree of cunning. But ultimately, his most defining traits were his love of his family and his friends, his passion for cooking, and a tireless work ethic coupled with generosity and a firm belief in playing fair and being honest. Which leads to only one real choice…

Captain Janeway was Trek’s first female captain to get her own series, and she made quite the impression. Her cool head, focused intellect and ingenious solutions to complicated problems made her stand out as one of Starfleet’s finest.

Janeway was fearless under fire, and never afraid to confront an injustice. That said, we often see her enjoying her homely comforts – a good pot of coffee, a nice hot bath, an intriguing period holonovel. She always made sure to take care of all of her crew, even going so far as to personally take time out to help three lower decks officers who were struggling to fit in. It’s these kinds of traits that really left a mark, and that defined her most as a character.

With his fine, clipped accent, assertive leadership style and unwavering determination, there is no equal to the likes of Jean Luc Picard. Captain of the Enterprise through all of The Next Generation (and now getting his own show!) Picard is one of the most recognisable and widely-loved characters from all of Star Trek.

Picard really could go to any House- he’s bold and courageous like any good Gryffindor, but also ambitious, and calculating when necessary, as would be expected of a Slytherin. He’s academic, studious and focused. But at heart, he’s a noble gentleman with refined tastes. From classical music to his favourite drink – tea, Earl Grey, hot! From his dedication to archaeology to his tireless diligence, from his speeches on honesty and fairness to his absolute and flawless loyalty to his crew, there can only really be one House where Picard would truly find his potential.

If there is one character that is synonymous with Star Trek, it’s got to be Mr. Spock. Every aspect of his appearance, from his ears to his hair to his eyebrows, is woven into the legacy of Star Trek. His philosophies and his Logic are part of Star Trek’s soul, and we wouldn’t have it any other way!

A being of logic, learning, ingenuity and rationality, it’s pretty clear straight away where Spock belongs in Hogwarts. Whether he’s playing his Vulcan lute to entertain his shipmates, decorating his quarters with beautiful artwork, or just sitting around a campfire and singing old songs with old friends, you probably don’t need us to tell you to which House Spock belongs…

Arguably one of Trek’s most successful break-out characters, Quark is a bit of an oddball. A Ferengi to the core, Quark is defined best by his bar aboard Deep Space Nine, and by his family – Nog, Rom and Ishka (or “Moogie”) who frequently drive him up the wall – but whom he nevertheless remains loyal to.

Quark’s a bit devious at times, and ambitious to a fault. But he works hard, and is dedicated to the comfort and enjoyment of his customers.

But with all that said, at his core, Quark is bold, and ready to stand up for what he truly believe is right. Time and again he overcomes his fears, sticking his neck out to save the Ferengi economy, fighting for his Klingon bride, even taking on the brutal Jem’Hadar when he needs to. For all of these reasons, we think there’s only one place for Quark.

That’s all we’ve got time for today! We hope you enjoyed our take on Star Trek Hogwarts Houses!

Didn’t see your favourite character here? Think a different House would suit one of the characters above? Let us know in the comments section! We’d love to hear your thoughts!

3 thoughts on “The ULTIMATE Crossover: The Hogwarts Houses Of Your Favourite Star Trek Characters!”